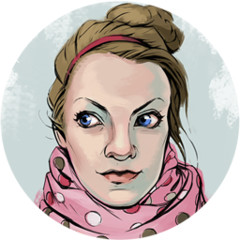 For the past decade I have had the opportunity to create content for a variety of entertainment media platforms, including video games, table-top and card games, animated series and children’s books. During that time I’ve been lucky enough to work in various capacities as a concept artist, UI/UX designer, and illustrator. I take direction well and thrive when given creative freedom.

I am available for freelance illustration, concept design and UI/UX design working either remote or in-house locally. For business inquiries feel free to contact me at artist@natalierusso.com